.. people are viewing this item

4 Great reasons to buy from us:

Do you have too many power cords at your station? If so, Omnicord has the answer. One power cord for all your clippers and trimmers.

This Omnicord power cord saves space by removing all the cord clutter around your station and only needs one outlet on your power strip.

Shipping
This item Ships to
Delivery

Will usually ship within 1 business day.

Do you have too many power cords at your station? If so, Omnicord has the answer. One power cord for all your clippers and trimmers.

This Omnicord power cord saves space by removing all the cord clutter around your station and only needs one outlet on your power strip.

Shipping
This item Ships to
Delivery

Will usually ship within 1 business day.

The omnicord is awesome.... it really improved my work area no mire cord tangling up 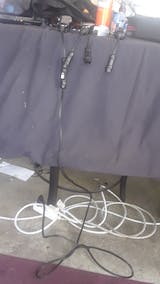 Got a whole bundle for all my clippers and it is a life saver . Was heaver that I thought when hooked up but not a big deal cause...... I work out 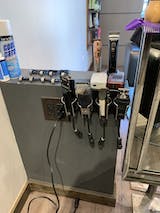 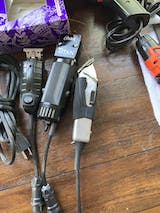 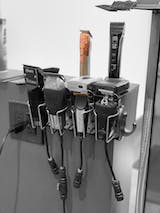 Omnicord has save the day when it comes to my messy station. No more fighting wires, pulling plugs, and the stress of immobile tools. The adapter system was affordable, easy to install and very great solid quality that should last a very long time! I recommend anyone that still uses corded clippers to make that investment.

J
J.W.
Getting over on customers

The first time that I ordered from Omnicord Inc, was about 7 months ago. And the experience that I recieved was great, I had order adapters for Oster Fast Feed,( 2)Andis GTX, Oster 76,Wahl senior and Andis Master. The one thing that I like was that each adapter was design specifically for the make and model of that clipper. Which means that the connectors or clamps that was on the end of the original factory cord was also on the Omnicord adaptor. So a few day ago I recieved another order, it was for an Oster Fast Feed clipper, but this time I notice that on this adaptor ,it did not have the wire clamps on the end specifically for that particular clipper. Instead it was an adapter made for Andis T-outliner with the white and black wire clipped on each end for rewiring which is common for the outliners. So I then contacted Omnicord Inc by phone to find out why I didn't receive the adapter that I once recieved before for the Oster Fast Feed. The employee on the phone told me that all of the cords were universal,I explained to her that I understand that, but why didn't I receive the adaptor that was made to fit this particular clipper like you advertise on your website. I also explained to her that this order wasn't my first order from them and that have never had a problem. She told me that they only make one cord and that cord is universal to all clipper, which can't be true. So she later sent me an email asking me to submit picture of the adapter that I had recently received along with the one that I had previously ordered over 7 months ago, so I did. Now in the picture it shows how the previous adapter had the long white wire and the short black wire with the connectors on both ends made specifically for the Fast Feeds. On the adapter that I had previous recieved was the cord made for Andis T outlines with the white and black wire both evenly clipped with no connectors on them what so ever. 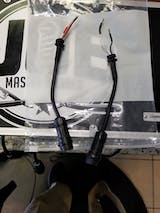 After a month of using it the cord it started to get damage. $30 for a cord that last a month is messed up. I've bought 2 in 3 months. 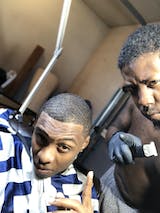 Just what I needed

So far so good, will update again later.

I really appreciate this company. Very helpful with keeping my station free of cord traffic.

Don't Take Our Word For it! Here's What Our Customers Think:

I love Omnicord's No Slip Clipper Grips. Every Barber should have this in their arsenal.

Love my omnicord. Takes up less space. Clippers have more power. Switching clippers takes less time. You other barber's are in trouble.....

After installing Omnicords on my clippers, I noticed it gave them more power. Great product.

When you complete your order in next:

Enter coupon code SAVE10 at the checkout